On Thursday we were back in Crumlin with Gavin for a bone scan.

This involves injecting a radioactive dye into Gavin's blood and then waiting for a few hours until it goes all around his body and then a scan. Our consultant wanted to do this to make sure there was nothing in Gavin's bones before proceeding any further with treatment.
Gavin had to have a general anastethic for the scan so fasting again..
We arrived at the hospital at 9:30 and then Gavin had to have a cannula inserted in his arm. He was amazing the guy putting it in asked Gavin to look at us while he was putting the needle in his arm but he told him he wanted to watch..and didn't even flinch. The guy was amazed how brave he was.
Then we went back to the ward for a few hours and waited for the scans.

Our consultant then came up to meet with us to go through what was going to happen next. He had checked with 2 other consultants in the US and they both recommended 2 drugs which Gavin's body had not seen before. 1 is a chemotherapy drug and the other is a blocker.
Plan is to do 2 x 21 day cycle of these 2 drugs and do another MRI and CT scan and see what impact it has made on the new tumor.
Amsterdam have come back to say that surgery or more radiotherapy is not an option as they said Gavin has reached the maximum dosage in that area. Anymore could cause organ damage or bone damage...

So for now we have to see what these 2 new drugs will do. In the meantime we will still investigate and speak to other hospitals worldwide for input and advise on our options and then discuss more with our consultant in Crumlin.

(Gavin below being very careful with his arm.) 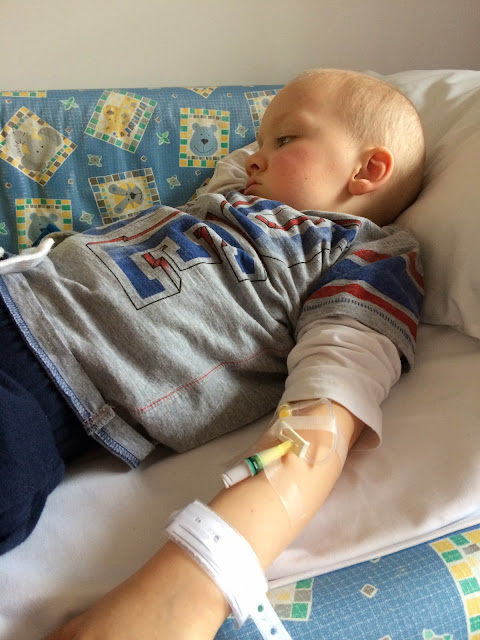 1 pm then we got the call everything was ready.

Below waiting outside the scanning room.
In we went and Gavin had the general anastethic. He had told us a few days before that the "white medicine" makes him feel all fuzzy..seconds later he was asleep. 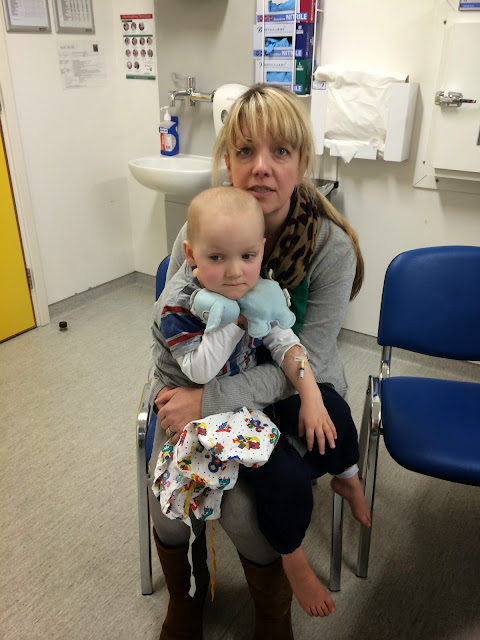 We both gave him a big kiss while he was on the scanning table then left the room. The nurse told us it will take 2 hrs so we went and grabbed a coffee or 10.
Waiting around for the call to say he is in recovery can go very very slow..it is really click watching all the way.

About 3:30 then we got a call to say he will be coming back to the ward. It took Gavin another 30 mins or so to wake up and look for a nice cold bottle:) after a while
Then he wanted some Toast and within another hr he was ready and ok to leave. 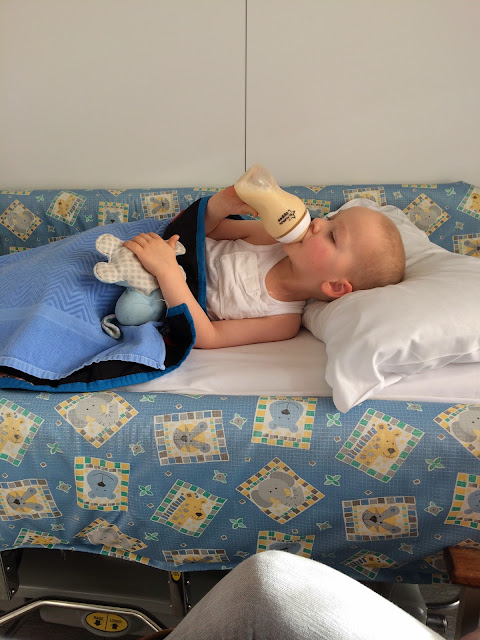 As soon as we got home
He was delighted and still hungry which was great so now he wanted sausages...anything to keep his weight up. 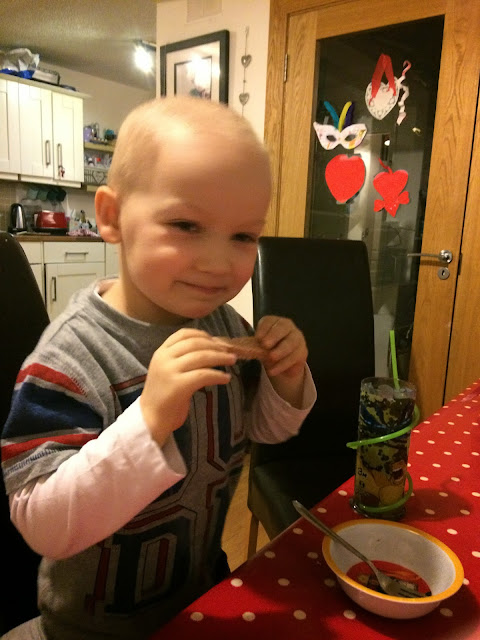