Conor had to have a small procedure yesterday so I took him in. He is a bit site so needs to stay off school for a few days so I took some annual leave from my work.
Jayne stayed home with Conor and I'm now in with Gavin.
Haven't been in with him for his weekly chemo for a while so Gavin told me this morning that he would show me where to go:)
The traffic was crap this morning and then Gavin started to get sick in the car. Jayne had told me this happens nearly every morning on the way to the hospital. It happens from the chemo from the day before but super Gavin being so used to it asked for his sick bag and then threw up.
It made me so angry to see him getting sick and being so able to handle it himself....but he was back to himself soon afterwards which made me calm
Down.
Anyway we got to the hospital and then Gavin wanted to use his scooter all the way in...amazing turnaround that just shows how brilliant he is.
So we all hooked up now in for the duration. Loads of movies of ben10 and playing sky landers on his iPad for the day.
Scooting down to the ward 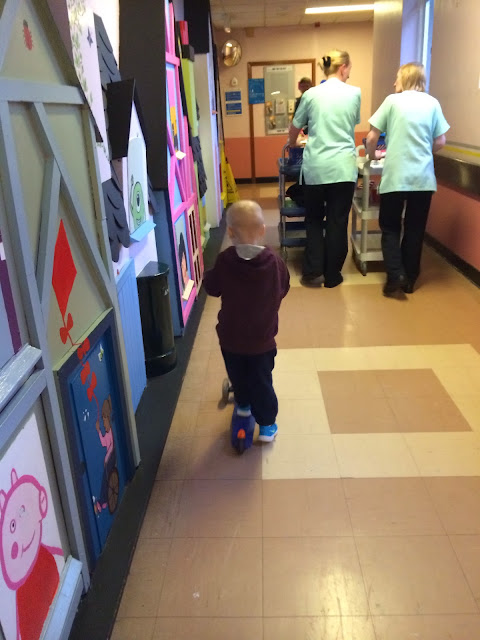 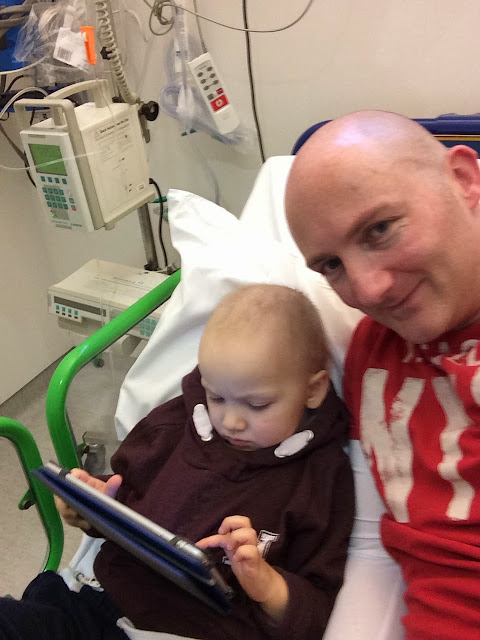 Posted by Team Gavin Glynn at 11:01 AM No comments:

More prepared today last nigh I loaded up my laptop with movies and Gavin's new favourite Ben 10 so he has a good few hours of videos to watch.
They didn't start till 10:40Am which means that they will not be back home until nearly 7pm tonight...
Long day for our little superman and Jayne..please god their will not be much more of this...
Happy out with his bottle and videos ☺️ 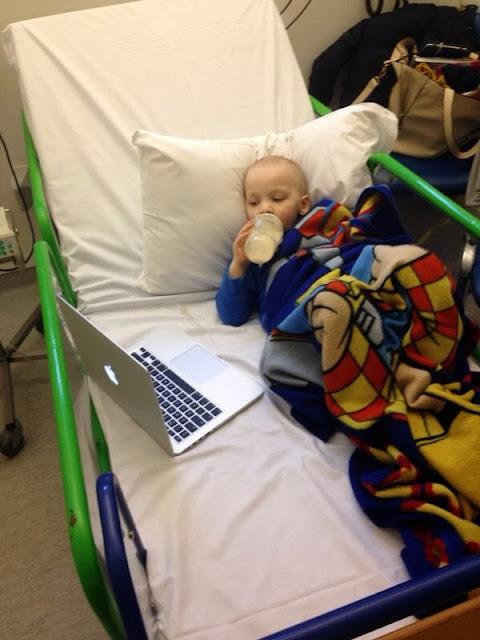 Another round of chemo Monday 27th January

Well bloods back up again so still on schedule so Gavin started back in Crumlin today.
The normal isolation room that Gavin is in was already taken which meant that the only other place he could go for the day was a spare treatment room (no tv or toilet)....
Lucky Jayne had the IPad with her and then we got a lend of a DVD player for the day. 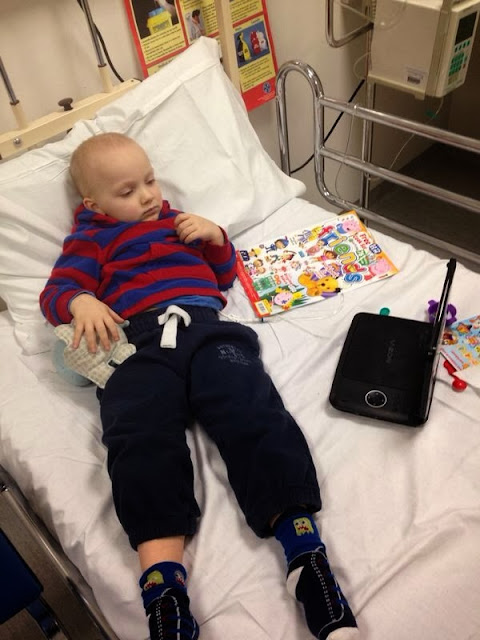 Posted by Team Gavin Glynn at 11:50 AM No comments:

Gavin's bloods are still very low. He is due back in again on Monday for another week of chemo but they are atill low so we will have to test them again on Friday and then maybe Sunday to see how he is.
He is looking very pale too which is a combination of low bloods and platelets.
We have been resting him as much as you can for a 3 year old but Conor now also has tonsilits again so we've been trying to keep them apart so Gavin dosen't catch anything.
Posted by Team Gavin Glynn at 9:13 PM No comments:

Good weekend for our little superman

Well after a long week on chemo in Crumlin Gavin was in great form all weekend. He has slept well and ate and kept his energy levels up.
As pictures below himself and Lucy first thing Saturday morning playing and dressing up and of course first and only dress up for Gavin is his superman outfit and by god he really is super human:) 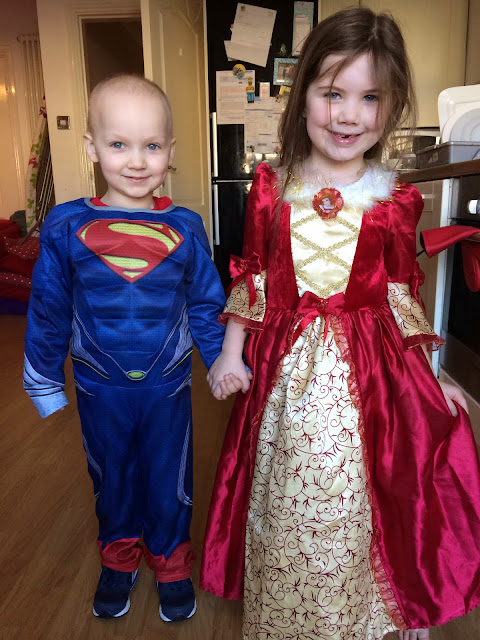 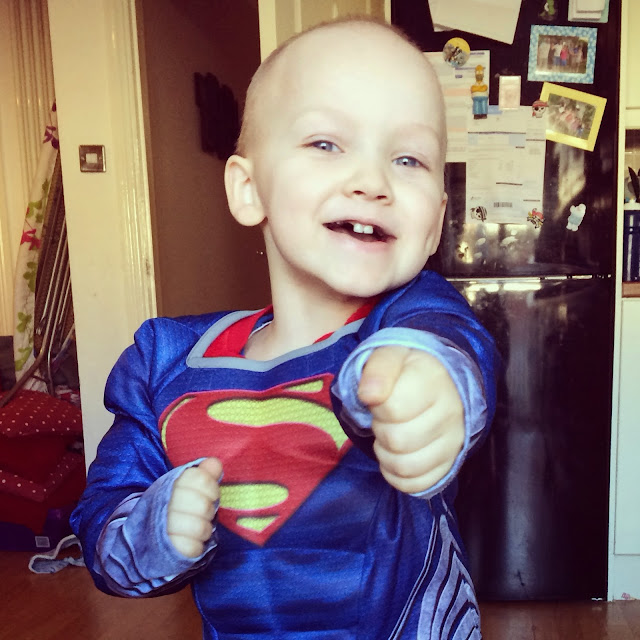 Posted by Team Gavin Glynn at 9:11 PM No comments:

Tough day for our little superman

The days in getting chemo are taking toll early this week poor ole Gavin is very tired.. 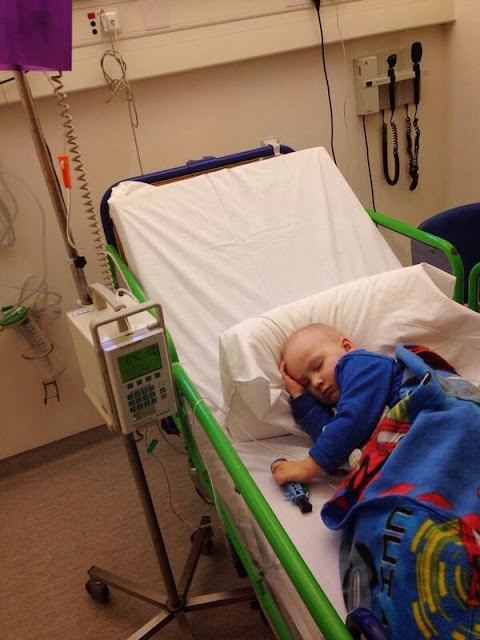 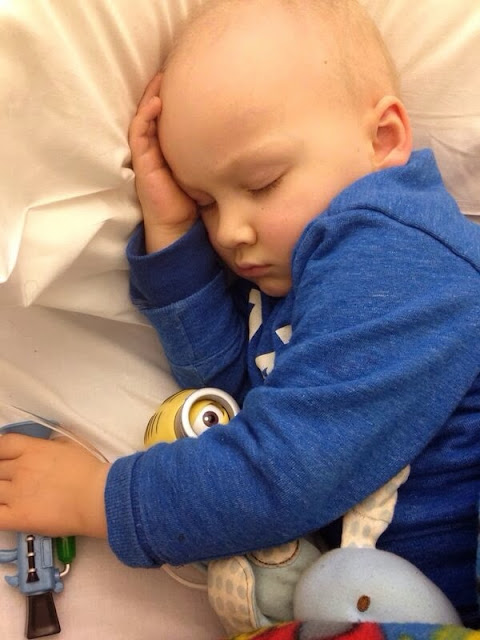 Posted by Team Gavin Glynn at 3:50 PM No comments:

Back in for another round of chemo

No sooner has the Christmas period finished and kids back in school Gavin started back in Crumlin yesterday for another 5 days of chemotherapy.
We all had a nice Christmas and Gavin Conor and Lucy all enjoyed it which was brilliant.
Can't say that Jayne and I were not sad to see the end of 2013 as that was a shit year for us all but I fell please god 2014 will be a great year :)
Picture below Gavin at the weekend and doing some artwork with Jayne in Crumlin this morning 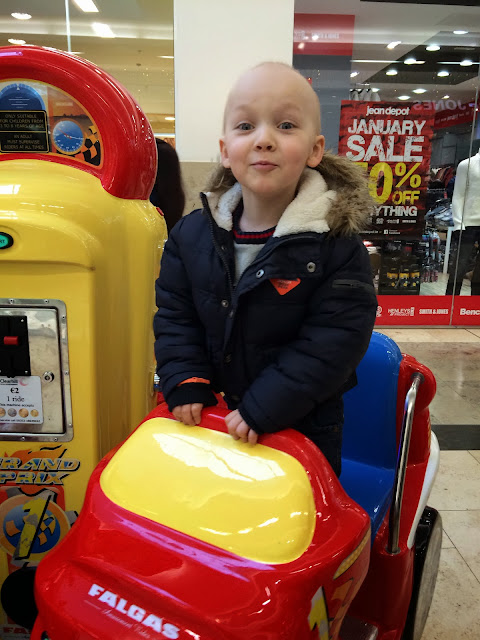 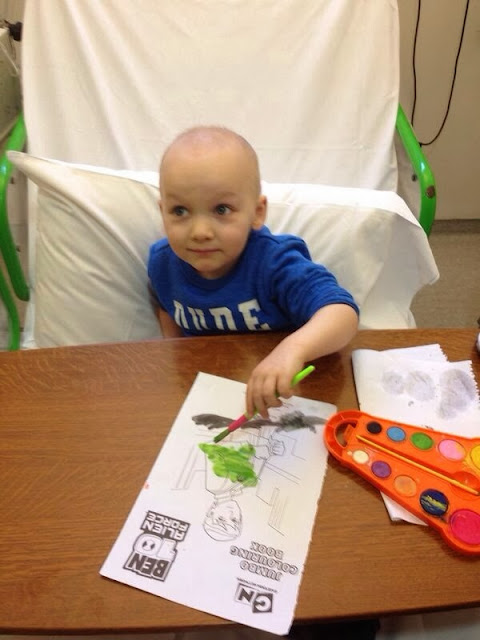 Posted by Team Gavin Glynn at 12:17 PM No comments: