Today I got the call while at work we have been dreading to hear...Their is a new tumor growing in Gavin's Pevlis..
I had to leave work and drive home to tell Jayne. It was a very long drive home..
2 weeks ago we had a scheduled MRI scan to see how the last few months of chemo had gone. To be honest I was very confident that after all that had been done in Amsterdam we would finally get good clear scans.
Before Gavin's MRI waiting to go in. 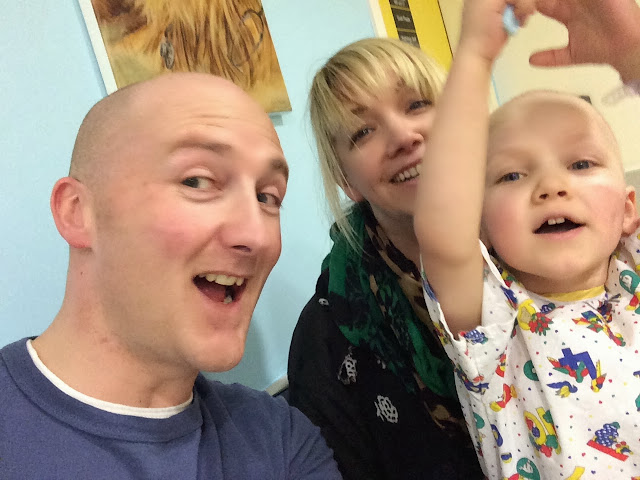 While Gavin was in being treated for his infection our consultant came down and told us they spotted something in the scans and was unsure what it was...but had an idea it was a tumor. I didn't and couldn't believe it so we asked to do another scan and see if a biopsy was possible.
This took about a week to arrange so we were sent home that day with this thought in our heads. What was happening....how after everything that has happened can something else grow..to say our heads were sent into meltdown was an understatement but like all of the previous times we just needed so time to soak this news in and make a plan.
We got word that they wanted to do another scan and see if the biopsy was possible so last Tuesday we had a CT scan. The picture below is Gavin in the CT lying perfectly still.. 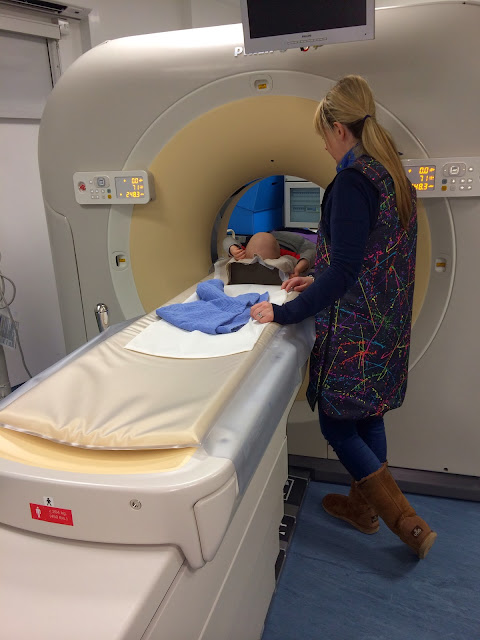 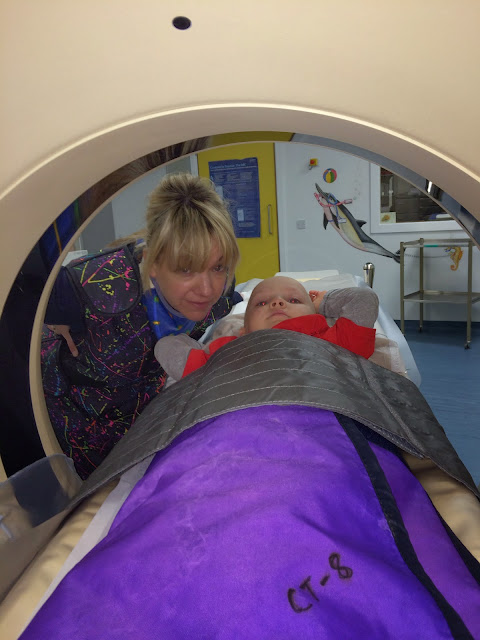 The radiographer showed us the area after the scan. We could see the part which showed grey on the scan. It is about 2 inches away from the area that was treated in Amsterdam. He then told us he could do a micro needle biopsy on the area and hopefully get a good sample. The area in question is only 9mm..
Back into Crumlin last Thursday for the biopsy.
Below picture just before biopsy. 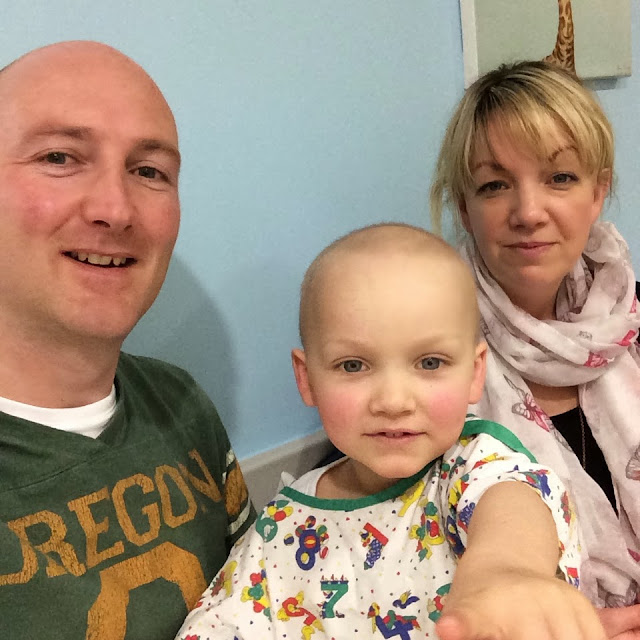 And after biopsy wakes up and bright eyed looking for a drink. 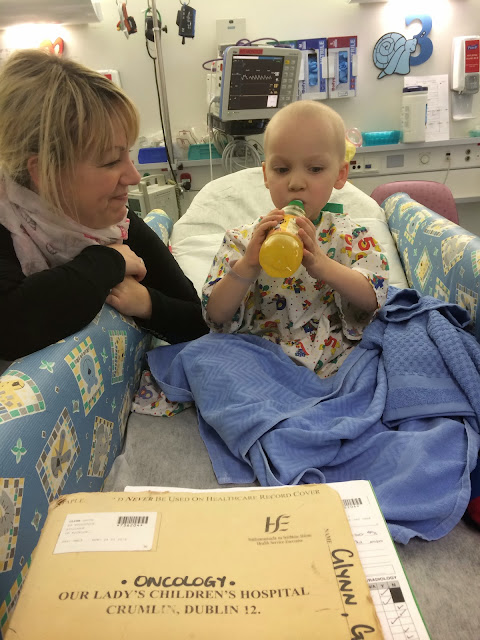 Then back to the ward for some toast and watch a movie. 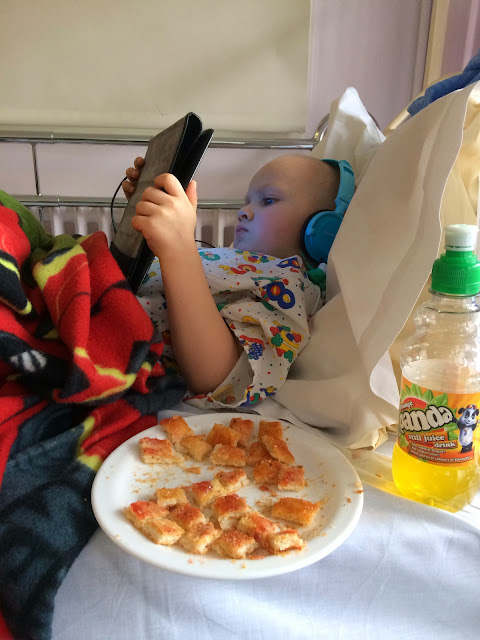 So we got home Thursday afternoon and then more waiting for news. Would the biopsy show tumour cells or benign cells..???
To say that the last few week have been hard on Jayne and I..well I can't even put into words. Every day, every minute all I kept thinking that this time everything would be ok. We still had to try and put on a brave face for Conor and Lucy they don't need to know about this yet..
So now we know.
What happens next...well our consultant is waiting for the team in Amsterdam to see what the can suggest. Because Gavin has already had a lot of the drugs recommended for his type of tumor their is not many left.
While he does that we will be doing our own research and contacting different people and hospitals worldwide to see what their input can be. We will go to the worlds end to get rid of this bastard once and for all..
Tonight while our baby sleeps one thing is for sure. Cancer will not take our baby away from us..ever. We will win this battle.
TeamGavinGlynn. 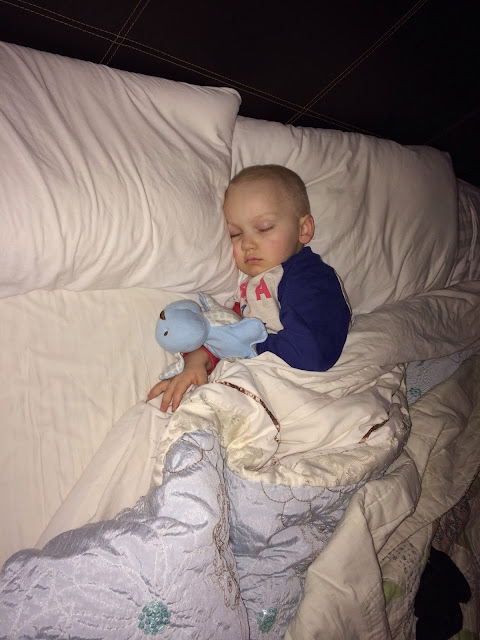