Big day today. Gavin was fasting from 8am for his Cystoscopy booked in for 3 pm.
We had a meeting with the 2 surgeons who would be present today for the Cystoscopy and they would also be the 2 main surgeons for the operation to remove Gavin's tumour.

They explained a bit more about the planned surgery but like before told us that no decisions could be made until after the Cystoscopy today. They all needed to be sure that the tumour had no infected the bladder..

They told us that everyone involved in the proposed protocol of treatment would be present today for the Cystoscopy and they will have a decision for us straight after.
We don't expect many people to understand but today was one of the biggest days in Gavin's life to date. Since we found out that Gavin's tumour had returned on the 28th of May the first conversation we had with our consultant in Dublin was that he didn't know whether Gavin could be treated at all and in his words “you may lose Gavin, I don't think there is much we can do...”
I hadn't written this before because it has taken a long time to sink in and believe it...Gavin looks so well and is very active it just couldn't be true..anyway it is and that is where our new mission and journey begun and has taken us to now.

Anyway back to today, so after that meeting we waited in our room with Gavin until they were ready. My cousin Damian happened to be in town on business and called out to us for a few hours which was great because it kept our minds occupied on difference conversations.
Meantime Gavin was also busy with the play specialist called Anna. She was amazing with Gavin and they did some painting and also started to make a new necklace for Gavin. We had seen these special beads before they are called “beads of courage". Each bead represents a different procedure while Gavin is in hospital like bloods or chemo or MRI/CT scans. So at the end of treatment he will have keep sake of his journey.

At 4pm we got the call that the theatre and everyone was waiting for Gavin.
He was wheedled down in his bed, he knew something was happening but he was still very calm and smiling and wanted to hold out hands. He seems to know at this stage what's happening which is terrible but great that he doesn't freak out.
Jayne and I take turns to bring Gavin in for a general anaesthetic so it was my turn this time.
I put on a brave face but inside I was very nervous as this was a very important examination..
Gavin was so good, I transferred him from his bed into the operating table and just held his hand while the anaesthetist administered the GA.
We always talk to Gavin while this is happening and just tell him to have a nice sleep and when he wakes up he can have a nice big drink...small I know but that's all he wants. Within seconds he was asleep; I gave him a big kiss and told him I loved him. I eyeballed the surgeon so he could see the look on my face; he just nodded at me which gave me some comfort as he knew also how important this was.

Jayne and I went back up to Gavin's room and within 20 mins we got a call to rush down to the operating theatre as they have some news. To say we felt sick is an understatement....
We were brought into a meeting room and then all the team start coming in...It seemed like nobody would look at us in the eye so I started to panic but they when all of the team were in the room and they closed the door and then they told us the test looked all clear😊😊😊
Unbelievable we could breathe again...I stood up and shook all the hands and thanked them...I was a bit  emotional and shaky but they all knew how much this means to us...they said they still have a question about a small crack in Gavin's pelvic bone but they're happy that it has not been infected with the tumour cells but they still need the head of the sarcoma department to check on Monday but they all agree it looks fine.
We then left the room and went into the recovery ward where Gavin was, and stayed with him until he woke up.

About 8pm Gavin woke and looked for his drink...what a little superhero he is...
He was very sore in his Willy and found it very hard to go to the toilet, we felt so bad we never like seeing Gavin in any pain but after some Codeine and more drinks showers, baths by 11pm he went to the toilet and everything started to some back to normal.
We returned to our room in Ronald McDonald House and sat up in the bed for a while and then crashed out...what a day...
Gavin all dressed ready for theatre 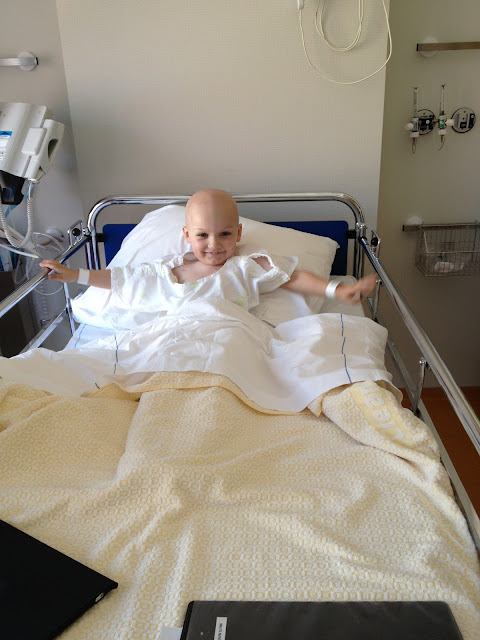 Even teddy had to wear a hat 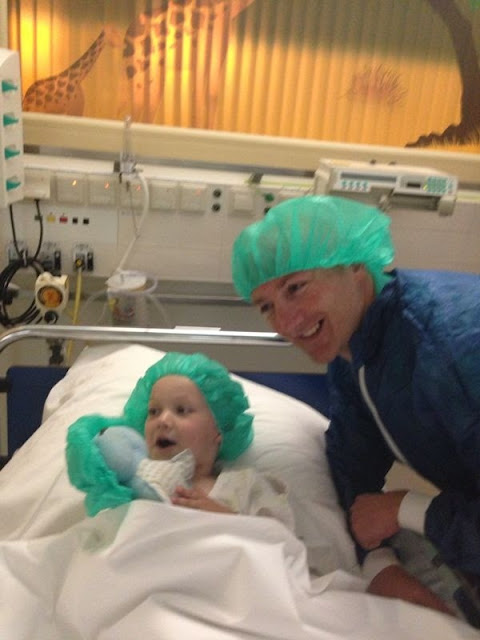 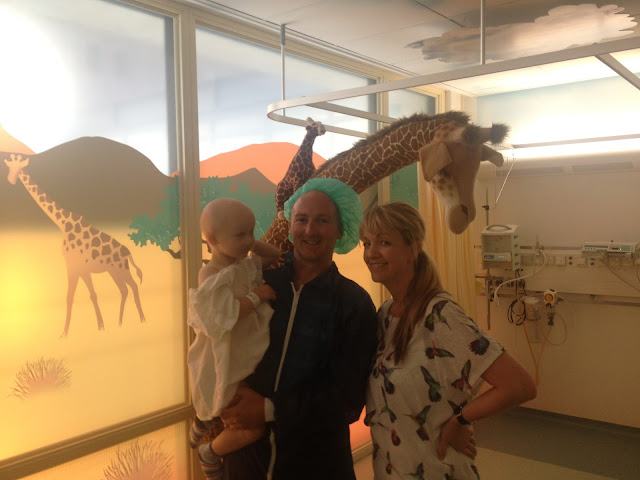 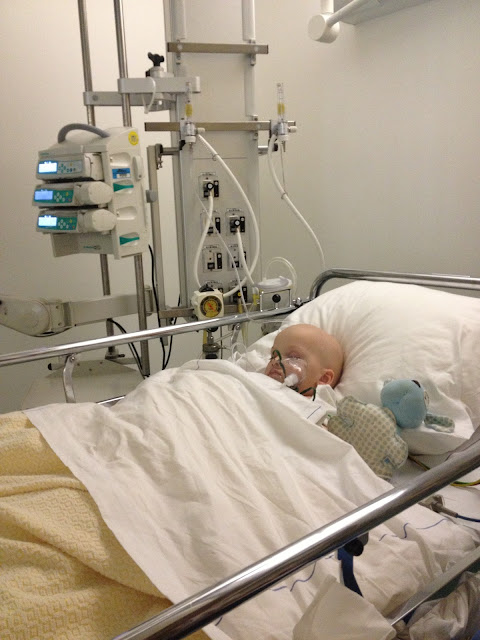 The start of Gavin's "beads of courage" 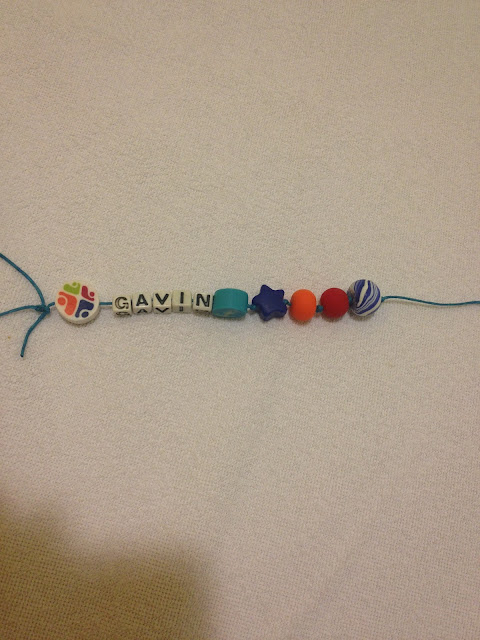