Day 5 CT and start of Brachytherapy(radiation).

Gavin was in ICU all last night and Jayne stayed with him. I came back in at 6am.
Jayne said he was very restless all night and didn't know what was happening or why their was so many wires everywhere.. We explained that their was something in his tummy that the doctors seen when the took a photo and the wires will help medicine get in a fix it..
We then had to be moved down for a CT scan at 8.30am. Gavin had to be awake for this scan so myself and Jayne could both stay with him. It was a very tricky to move him from his bed into the scanning bed with all the wires but we all did it.
They needed to do the CT scan to check the area all the internal cables were located so they could program the radiation to that area.
We then moved up to the brachytherapy ward.
Gavin has his own room as you can see from the pictures below. We can stay in a room close by with a pull out bed just to try get some sleep in between.
Once all the planning was done and computers programmed then it was time to load the external wires into the tubes coming out of Gavin's tummy. There is 8 all together. They then are connected to the machine.
He also has a catheter and another tube into his bladder.
So the first round was coming up and we had 5 mins to prepare...We both selected Gavin and turned on a DVD. Jayne left first and then I left just saying "ill be back in a minute I am going to get you something", he didn't budge or say anything...The big Metal doors then were automatically closed and the radiation could start.....
We watched from CCTV outside his room. He didn't move or call for me or Jayne... We watched every movement he made and every box that was ticked on the computer screen...it was only 10mins but it seemed so much longer..
Once the time was up the doors open and we went back in and acted as normal..then Jayne gave Gavin a present to open and we explained that every time he heard the machine he will get a present..
He really has been so amazing so far. He know that we cannot or he cannot touch the wires. He hasn't moved from the lying position since last night. He has eaten a few small bits which is fine.
Gavin told us after the last round that he could hear the medicine going down the tubes into his tummy..it sounded like a digger he said.
Before the external wires were inserted. You can see the 8 tubes. 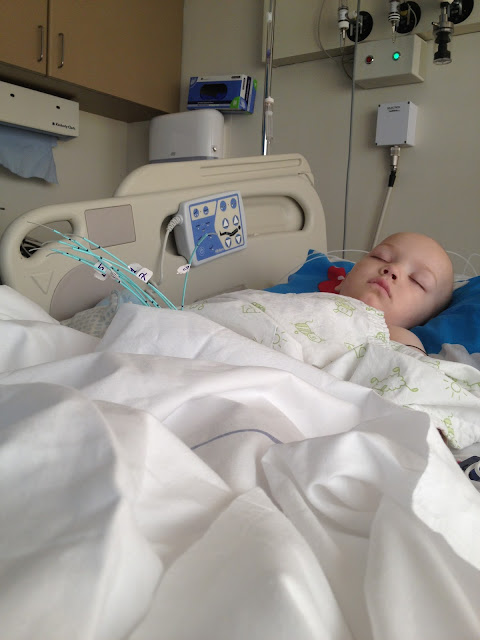 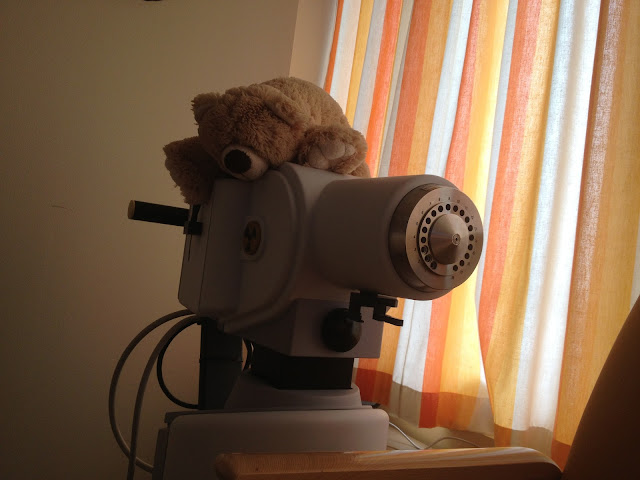 Now with wires connected. The machine sends the radiation down these wires. 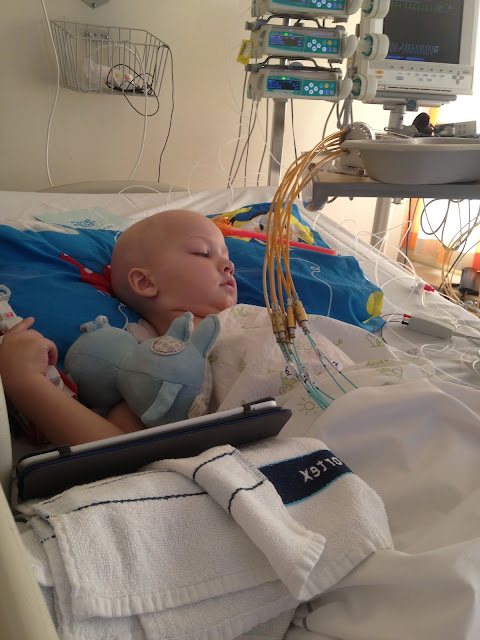 This is what we can see from the CCTV 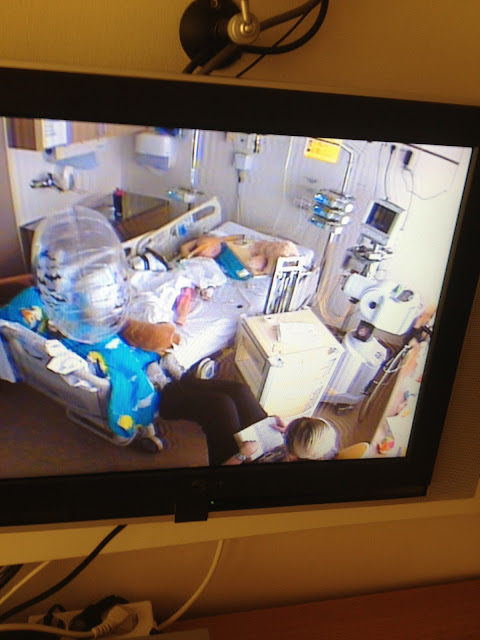 And the countdown screen. 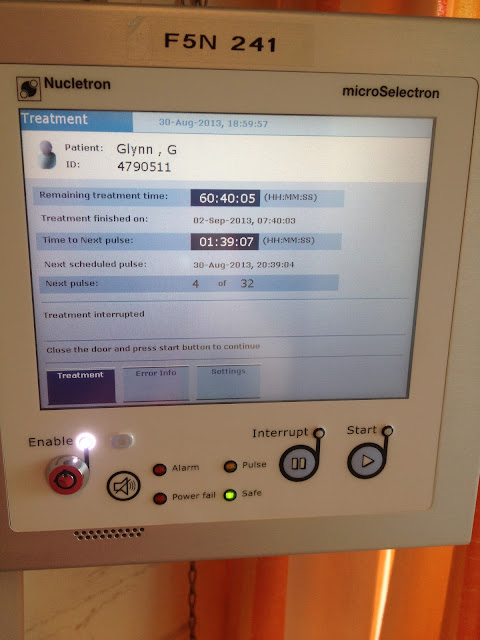