Gavin's blood very low so a transfusion is a go...

Gavin's bloods were very low after we tested them on Friday.
The nurses told us to take them again on Monday to see if they went back up.
So we kept gavin in doors all weekend as  the new chemotherapy effects white blood cell reproduction (which looks after immune system)
We knew he would need one as he was happy one minute then very grumpy the next which isn't like him.
So I took bloods this morning about 5:45am then dropped them
Into Crumlin before I went to work.
The nurse called me at 9:30 to say that Gavin would need a blood transfusion..
He hasn't had one in over 18mths which is very good. Last time he had one it gave him so much energy afterwards so hopefully this will be the same
He is very pale also..
So we here now all hooked up. Jayne packed enough food and treats for all the kids in the ward I think..
So I may take about 4hrs for the blood to go in so an afternoon of Tom and Jerry and SCobby Doo for me and Gavin. 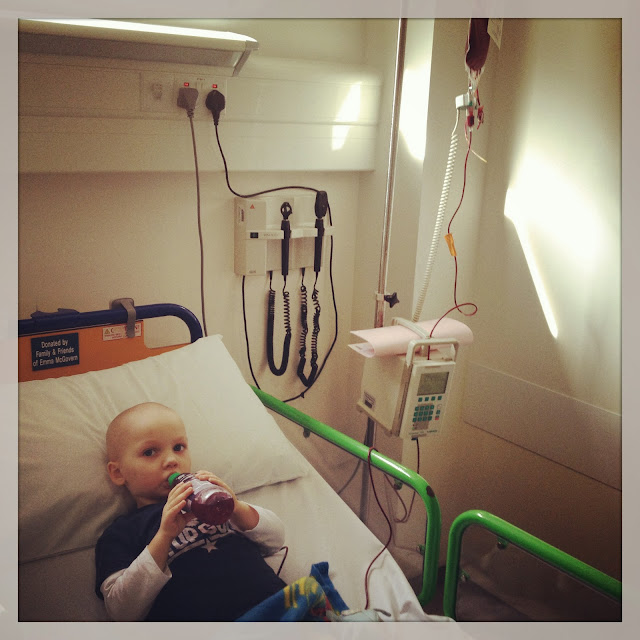